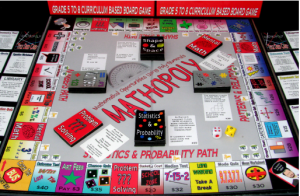 This game board is a clever take on the classic board game Monopoly, but with maths in every action. 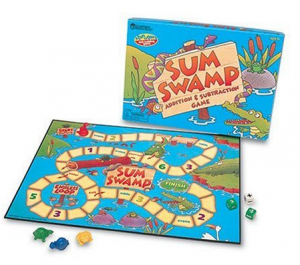 Add and subtract your way through the swamp.  Young children get to practise their essential arithmetic facts while having fun. 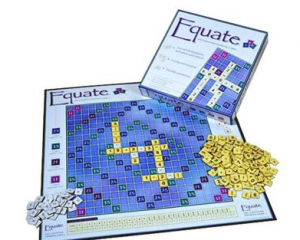 If your eight year old likes crosswords, this game will be a hit.  Making equations can be a challenge. Eight year olds can begin making equations  using addition and subtraction but older children can get more points using division or fraction tiles. 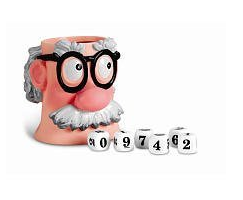 Shake the “head” cup to roll the dice. Set the sand timer. Write as many equations from the numbers and symbols on the dice before sand runs out. Good for any number of players and level. 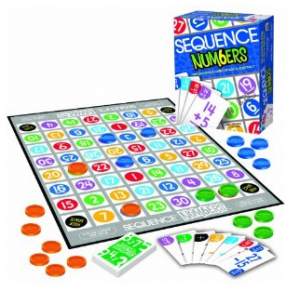 The brightly colored cards have questions and the answers are printed on the game board.  Place a tile on the answer. With five in a row, you have a Sequence. 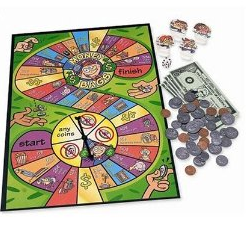 This game makes making change so much fun!  Earn money while completing chores, like setting the table or for selling lemonade. 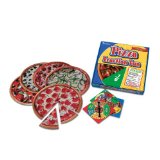 Better be hungry for pizza as you play seven games in one!  Identifying, adding and subtracting and matching equivalents help make making pizzas and working with fractions fun. The double sided spinners allow the difficulty level to be easily adjusted. 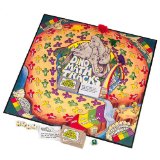 Dinosaurs rule with place value.  Roll the dice to make four digit numbers. Get your dinos to their base before other players do. 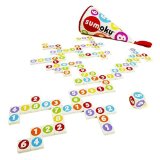 Play five different versions, including a solo one, of this addition/multiplication game.  Set tiles up crossword style to add up to multiples of the number on a die.  Connect all the numbers for a complete Sumoku! 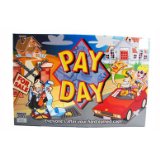 Family finance is fun in Pay Day.  Get paid and decide how to spend your money. Whoever has the most money at the end of the game wins.  This classic game is for suitable for ages eight and up. 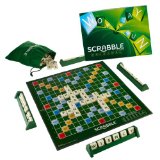 In the game, students receive a selection of letters which they must use to make words in a crossword style grid. 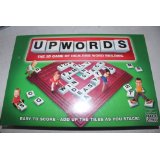 Upwords is a game very similar to Scrabble. In this game, students use their collection of letters to build words on the crossword style grid. Unlike Scrabble, in Upwords players can place letters on top of existing letters to change a word that is already on the board. For example, on a player’s turn he may add a T to the word bash turning it into bath. In this game, your students will see the relationships between words and recognise patterns in English spelling. 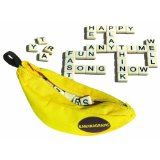 Banagrams uses letter tiles to create a grid of words, but in this game no structure is permanent. Players start with a set number of letters and use them to create their own word grid. When one player has used all of his letters, everyone must draw another tile and incorporate it into their own structures. Each person can rearrange his word grid as desired. This game can be fast paced when higher-level students play, but even with less advanced students it is a ready source for learning new vocabulary. In addition, it teaches students flexibility with words and spelling structures. 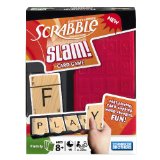 Similar to Upwords, Scrabble Slam uses cards printed with letters to modify an existing word. In this game, there is only one four-letter word on the board and all players must use their own cards on this word. By the traditional rules, everyone plays at once, and the player to use all of his cards first wins. 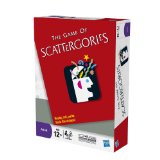 In this game, students receive a list of ten categories. With a roll of the 26-sided die, a letter is designated for the round. Players must then think of a word which begins with that designated letter to fit each of the categories. 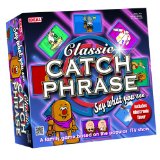 Catch Phrase is a word guessing game in hot potato style. The starting player has a disk which gives him a word. He can say anything to get the rest of the players to guess the word on the screen. Once that word is guessed, he passes the disk on to the next player. That person then does the same. After a random amount of time, the disk will signal that time is up, and the person holding the disk at that time receives a point. The goal of this game is to have as few points as possible. 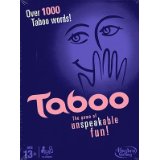 Taboo takes the concept of Catch Phrase and brings an even greater challenge. In this game, players must get their team to guess a given word, but each word comes with related vocabulary that cannot be used in the description. They key in this game is to think of another way to give the clues on the card. Players do this by using similar but not the same vocabulary. 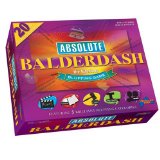 The game of balderdash is best reserved for advanced students. In this game, on his turn, a player is given an obscure vocabulary word. Each player must create a false definition of the word in hopes that the other players will believe it is the true definition. When playing this game, the teacher should be moderator every turn and correct any grammatical problems in the fictional definitions as well as write the correct definition on an identical slip of paper. Then s/he should read all of the definitions to the players who must vote for the one they think is correct. Any player that guesses correctly scores a point as does any player who receives a vote from another player. 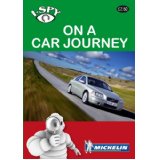 Create your own board game with pictures from an I-Spy book or any other pictures that contain a plethora of objects. On a piece of paper, have your students write the letters of the alphabet from a to z. Then let them look at the picture for a set amount of time (three to five minutes is good) and try to identify an object that begins with each letter. Of course, it will be nearly impossible to find an item for every letter, but by using creative vocabulary and having keen eyesight, your students will be able to fill in more letters than they might think.