The term standardised scores causes one of the most common confusion. The issue comes from if a paper has 80 questions on it, Parents struggle to understand how the final score they are given can be a figure of, say, 130.

However, there is a very simplified explanation- the process of standardising scores. If you wish you understand the technical explanation read below along with links to further information.

Standardisation is a statistical process that takes account of two factors:

Regardless of whether both the oldest one and the youngest one achieve identical “raw score”, the youngest child’s final 11+ score will be higher than that of the oldest child, as the standardisation process has “awarded” extra marks to the younger child to compensate for their younger age.

There are two myths that are often put forward. Firstly, it is often argued that older children, due to their age, have marks deducted– That does not happen. Secondly, there is the myth that boys scores are marked and standardised differently to girls due to the theory that boys tend to develop more slowly than girls. This is untrue and illegal under the terms of the Sex Discrimination Act.

The question simply is-how does the raw score of 75/80 become 133 or 136? The methods used may differ, but there are two factors that can be applied, singly or together, in the standardisation process.

Firstly the company setting and marking the test will apply statistical information about the difficulty of the paper, by conducting a sample of children either nationally or more usually in the 11+ area and performing tests. The second factor taken into account is the age of all the children taking the test.

An average will occur from this information of which is usually around 100 (although in certain areas the average can be as high as 111). The lowest score will usually be 69 or 70 and the highest score is usually stated to be 140 or 141. This “highest score” rather than a maximum mark available it is actually a cut-off point, and it is possible for children to achieve higher scores, although they become increasingly statistically unreliable beyond 141, which is why a cut-off point is often used.

The cut off point is not used where places are allocated in descending order by score and therefore in the past it has been recorded that there has been scores above 141. These exceptionally high scores are really irrelevant due to the rarity of children achieving them and due to the vast majority of school places being allocated to children that have achieved scores under the cut-off point of 141. However they are still recorded because, in the most unlikely event that more children scored above 141 than there were places available, the score would be needed to ensure that places were allocated in the correct order.

Bringing this all back to basics, standardisation removes variable elements from test scores and allows children to be compared equally. It is a widely accepted conception that standardisation is a confusing technique that is not understood by many, as there are too many factors that are unknown to the general public such as the relative difficulty of the paper and the ability of the cohort.

In order to calculate a standardised score the company producing and marking the tests will create a reference table – called a “look-up table” – for each test paper that is written, it will be specific to that test paper as it takes account of the difficulty of the paper. (For illustration purposes only, one of these “look-up” tables is shown below.)

In the example look-up table the vertical axis is the “raw score”, i.e. the number (percentage) of actual questions that a child gets right on a paper. The horizontal axis represents the age of the child at the time of taking the exam, shown as years + months.

Please note that this is only an example, and therefore this “look-up” table will be different for every test. 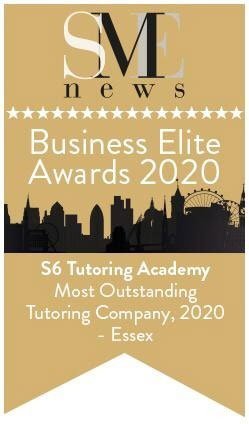