Steps to S6 by Stephanie Williams

When it comes to setting and achieving goals, there really are no limits.

Steps to S6 details the rapid progression of Stephanie Williams from school girl, to teacher, to successful businesswoman, describing the unimaginable whirlwind that ensued as a result.

As a young girl, Stephanie’s school days were plagued with trauma; she was relentlessly builled – to the point where she was hospitalised. School was not a place she wanted to be, which is one of the things that makes her story all the more remarkable.

Steps to S6 tells of the many lows of Stephanie’s personal life. This includes getting into massive debt in an attempt to keep up appearances, being suspended as a teacher due to allegations made against her, and the devastating loss of many family members along the way.

As well as reaching great heights in her personal and professional life, Stephanie describes her experiences of the negative side of being successful – the jealousy of others, the sacrifices she was forced to make, and realising her own fear of what success can mean.

This candid autobiography will help others realise that no matter what has gone before, providing you make the right choices, there is always the chance to achieve your dreams. It is a moving, motivational read not just for anyone who has experienced what Stephanie has been through, but also for business-minded individuals, those working in education and fans of extraordinary stories. 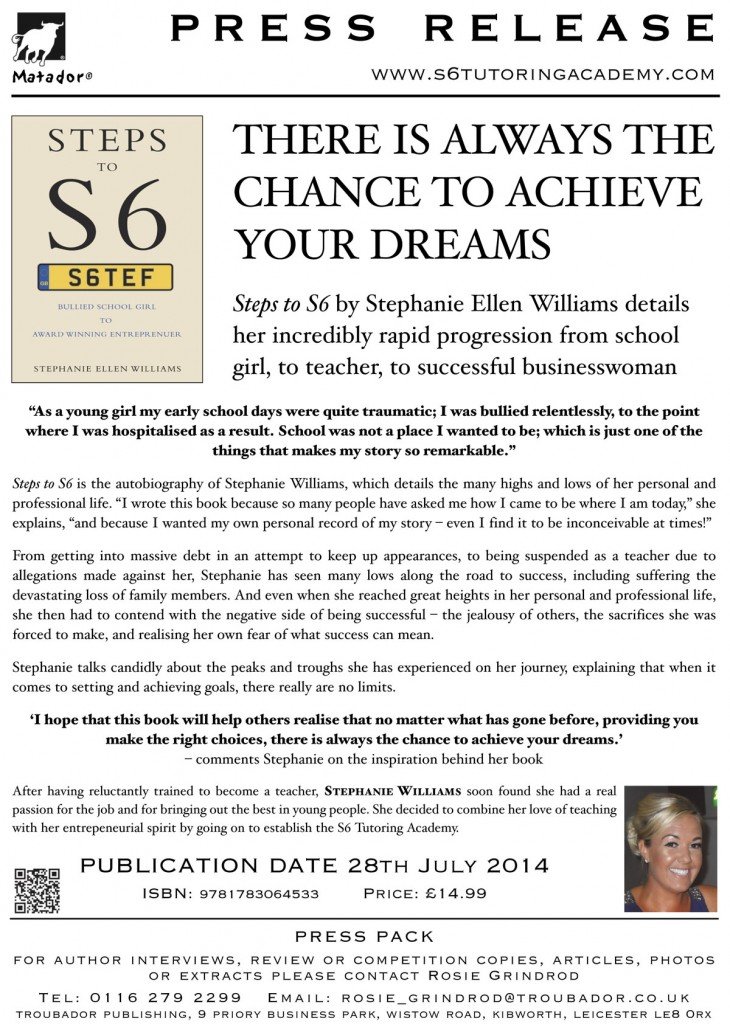